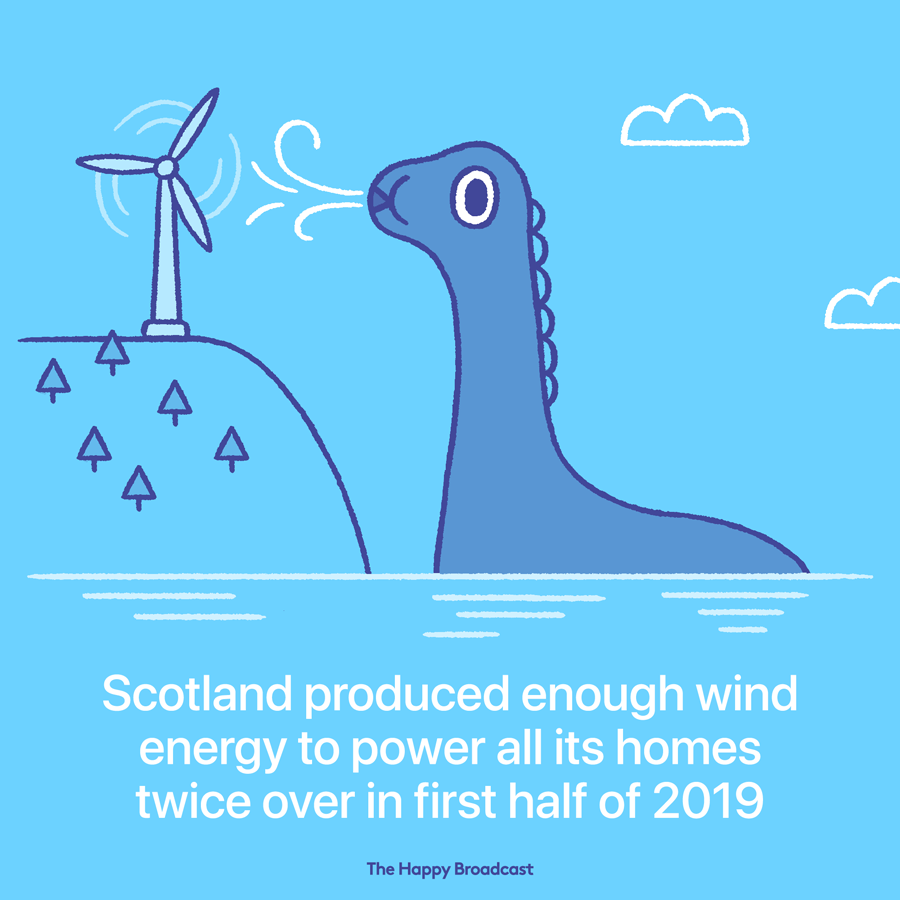 The numbers, which were supplied by WeatherEnergy, mean that Scottish wind generated enough electricity to power the equivalent of 4.47 million homes for six months. That is almost double the number of homes in Scotland, according to WWF Scotland.

By 2030, the Scottish government says it wants to produce half of the country’s energy consumption from renewables. It is also targeting an “almost completely” decarbonized energy system by 2050.