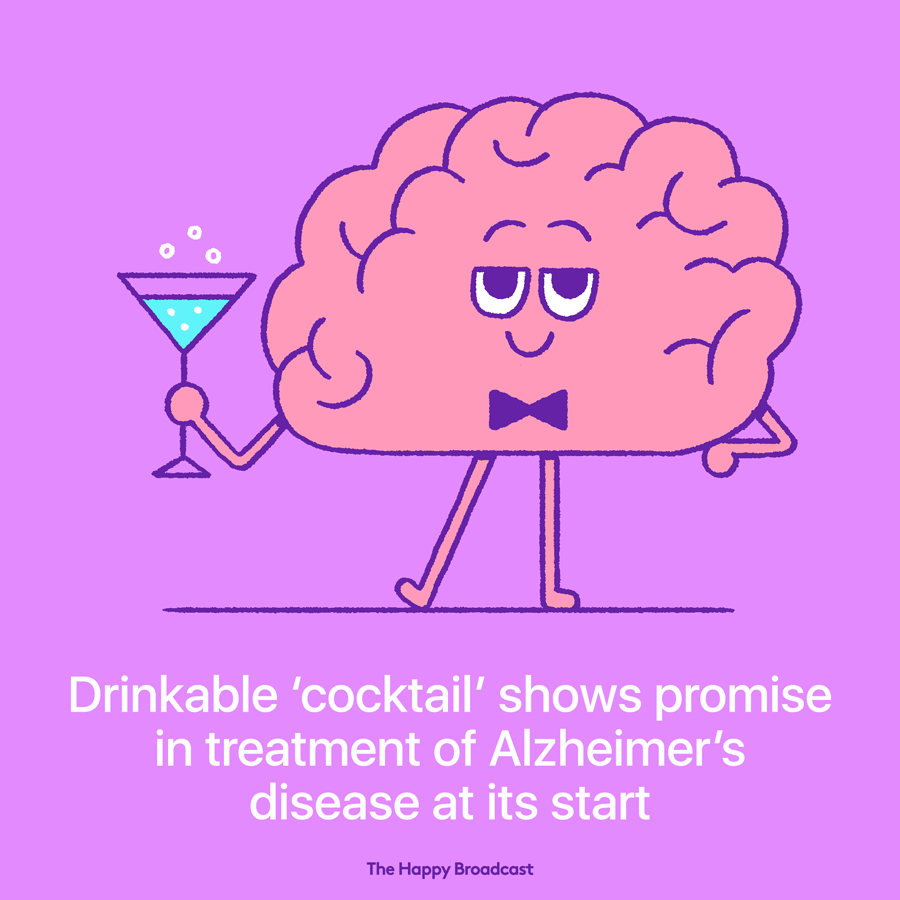 Yale researchers have identified a drinkable cocktail of designer molecules that interferes with a crucial first step of Alzheimer’s and even restores memories in mice.

They found that an old antibiotic looked like a promising candidate but was only active after decomposing to form a polymer. Related small polymers retained the benefit and also managed to pass through the blood-brain barrier.

They then dissolved the optimized polymeric compound and fed it to mice engineered to have a condition that mimics Alzheimer’s. They found that synapses in the brains were repaired and mice recovered lost memory.

The next step is to verify the compounds aren’t toxic in preparation for translation to clinical trials for Alzheimer’s disease.