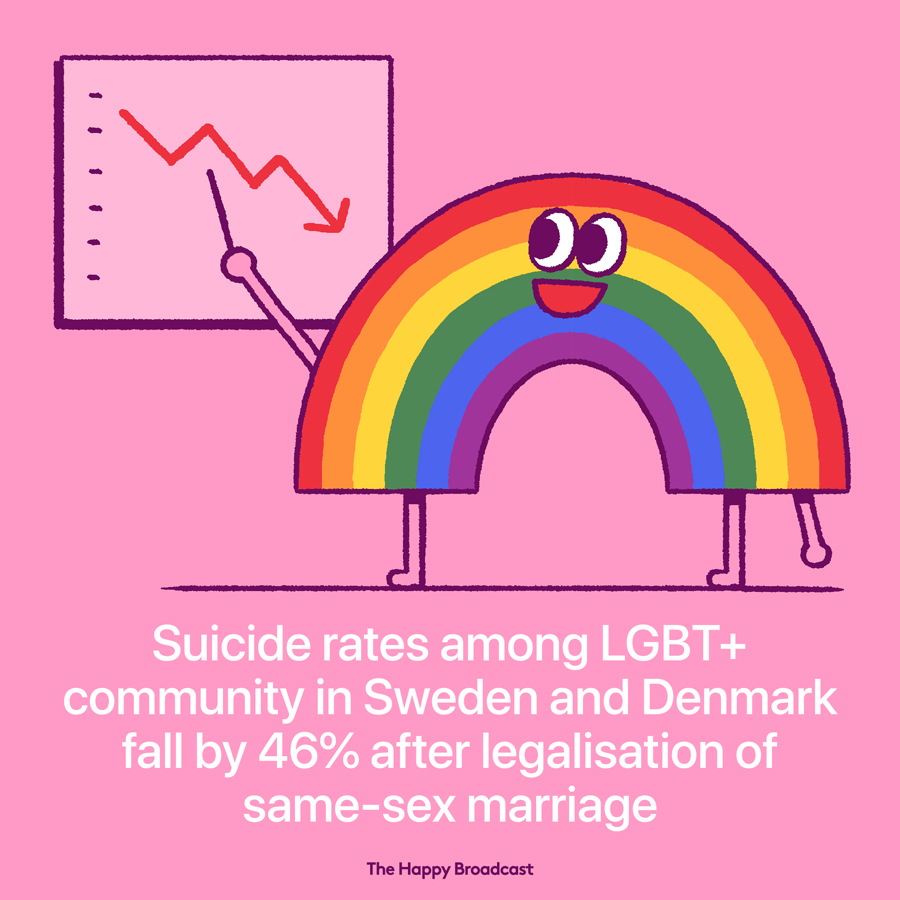 Young LGBT+ people are at least three times more likely to attempt suicide than their straight peers, according to 35 studies from 10 countries collated by researchers in 2018.

The advent of gay marriage has cut suicide rates among lesbians and gay men in Sweden and Denmark, both early adopters of gay marriage.Over two compared periods, from 2003 to 2016 and 1989 to 2002, researchers found that suicides fell 46% for people in same-sex unions.

Legislation that promotes LGBT+ rights may reduce the risk of suicide - even for those who are not yet old enough to wed.

Love is love and everyone should be free to love and desire whoever they want, no matter which sex or gender anyone has or chooses.