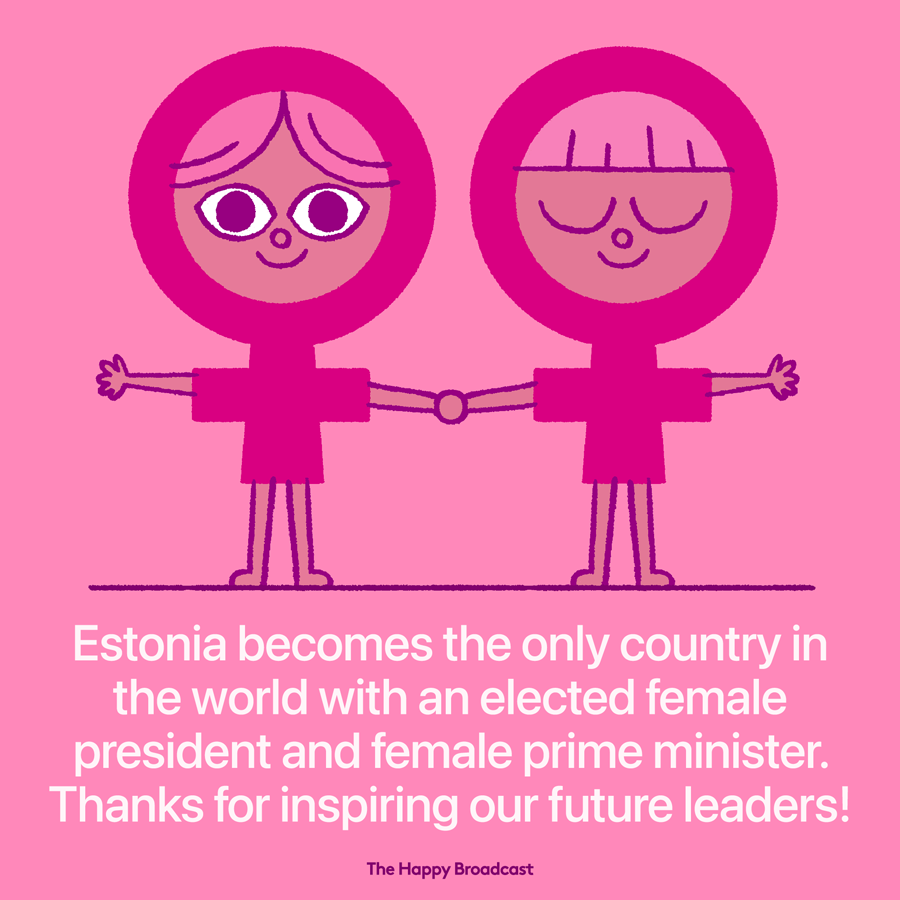 Young women need female role models to inspire success and this is a great story to be shared.

The current Estonian president, Kersti Kaljulaid, was elected by the country’s parliament in 2016, thus becoming the first woman to ever hold the office of the president of Estonia. And from 26 January onwards, the Estonian head of government will be Kaja Kallas, the current leader of the Reform Party, who will be the first female prime minister of the country.

It is notable that, including Kaja Kallas, the new Estonian government will have seven female ministers (46,7% of the cabinet) – a record for the country so far.